The other day Abigail was hanging out in her cami.
She kept trying to push it.
A few weeks ago,
I told the girls they could wear their camis to bed
for comfort if they wanted.
LeGrand had enough and laid down the law.
“No more camis!
Before I know it,
you’re going to be
wearing them outside too.”
He told Abigail to go to her room and put on a shirt, “Now.” She wasn’t moving. He said, “You better get to it, or I am going to start stripping down right now, one piece of clothing at a time.” I was cracking up. I told her to call dad on his bluff. There was no way he was going buck naked.
He got both his shirt off and his undershirt,
and took his belt off.
When he started unzipping his pants,
she ran off screaming
in horror.
I laughed and laughed and laughed.
LG put his shirts back on.
He was feeling all exposed,
especially since Abigail made fun of his bare body.
Or should I say bear body? 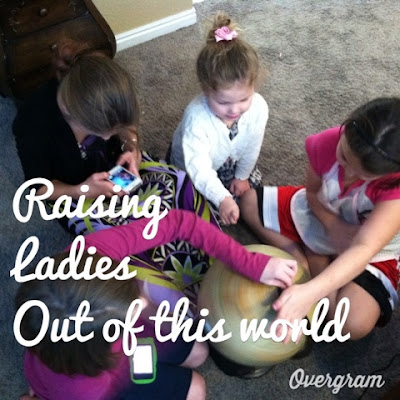 We don’t believe in letting our daughters as hoochie mamas.
We want to keep them sweet and innocent for as long as possible: their whole lives preferably.

I was raised the same way. I am not going to lie. I hated it. As a teenager, I fought my parents on it daily. One time my mom tore a dress that I was wearing in two (right in front of my boyfriend) because she was sick of tired of me wearing things that were too short. (I hope my sister has forgiven me by now, it was her dress) I bought my own bikinis and wore them when my mom wasn’t looking. I washed them myself and hid them away in the back of my drawers. I wanted to be like all the other girls. My brothers seemed pretty keen on making sure my sister and I dress modestly too, which we didn’t understand because they were perfectly fine dating the girls who didn’t really cover up. I now understand they were being protective.

And you know what? WE ABSOLUTELY SHOULD BE PROTECTIVE.

Some people may think that our modesty policy is a little absurd, but do you know what? I don’t care.

While most of my girlfriends were having sex in high school and some ended up pregnant, I proudly stayed a virgin until I was married. I am glad that I did. I never regret that decision. Not a day in my life have I felt like I made the wrong choice. I want for my girls to be chaste and make the same choice to remain abstinent until they are married. And yes, dressing modestly has a direct correlation. 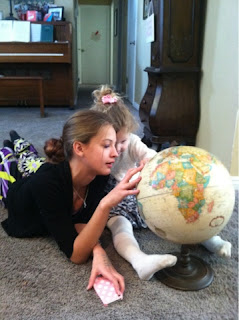 I love my sweet sweet girls.
I love that they are pretty good about dressing modestly.
They seem to get the principle that modesty provides protection.

I want them to love themselves for who they are
amazing daughters of God.
They truly can
change the world
just by being
a source of light.