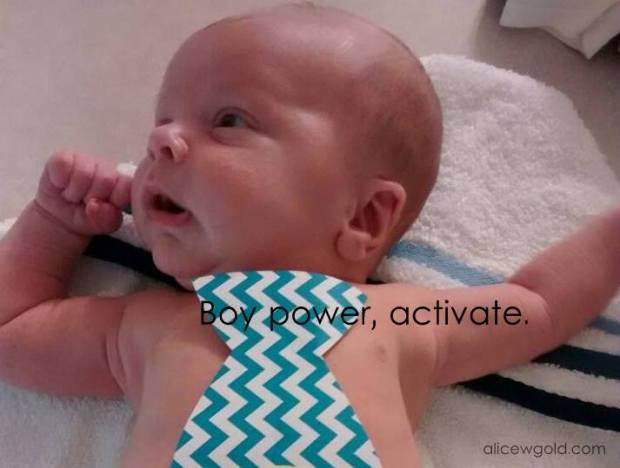 While on the phone with my mom the other day I was telling her all about my little Max. I can’t believe we are creeping up on his two month birthday already. If I was actually getting any sleep I would say let’s freeze time to keep my little Maximus little. The other day I told my husband, “I am such a bad mother because if God appeared to me right now and said he wanted Max back, I think I would gladly hand him over.” LG responded that there was no way that I wouldn’t give up a fight. I then chortled, “If he shows up during the 2 a.m. feeding there’d be no contesting whatsoever.” Yes, I’m that tired.

Anyhow, back to my mom who said,”Alice, I know you have your blog, but you should really write all these cute things down about your kids….you know, the things that you don’t want to forget.”

So, I know I am not going to do that every day, but I thought I could record some things here to someday look back on and smile. I know I will forget all about so many of them, even as early as tomorrow.

I laugh hysterically every time his little wee-wee goes crazy fire-hose on me. (I am so not used to having a boy and I have yet to figure this out.) He pees on me all the time. He pees on his own face. He shoots pee across the bathtub. He’s marked his territory in my bed, on my couch, all over his dad. I find it hilariously amusing even if it is inconvenient. The other day I wiped down my peed-on-sheets with a baby wipe and proceeded to lay back down on them to sleep. I was too tired. Come to think of it, I still haven’t washed those sheets properly. Because of my son, I finally understand why grown men can have a pee-off at Scout camp. That little fire-hose must be awesome fun…it’s like having your very own toy gun at your disposal.

After having four girls, I was terrified of having a baby penis around, but I have been surprised by how quickly I have grown accustomed to it. I don’t like how his baby poop hides underneath his scrotum. I use at least 10 baby wipes every poopy. For the record, I think changing boy diapers is much harder than changing girl ones. My husband LeGrand literally guffawed for about 10 minutes last month when I ignorantly observed, “No wonder why you use so much toilet paper if your poop is all up in your testicles like that.” After LG regained composure, he said, “Alice, we’ve been married 18 years, don’t you know that my testicles are nowhere near my anus.” I guess I haven’t paid that much attention and I guess I will now be paying closer attention to making sure Max’s gain a good enough distance at some point….will that be when diaper changing gets easier?

This kid eats and eats already, way more than my girls ever did. Everyone told me while he was in utero to start saving my dollars to supply snacks for when all his teenage friends come over. How am I supposed to do that when buying his formula is eliminating all chances of him attending college?

The day I dressed Max up in his little Air Jordans I thought my husband was going to die of envy. He accusingly questioned me about how I had afforded such a monstrosity. I informed him as quick as I could (before the shoes required a whole marriage counseling session) that they were a shower gift. I never buy baby shoes. No matter how bad my husband thinks I am with our money, I know that we can’t afford such an accessorizing-only-luxury. LG marveled, “Who gave those to us? Do you know how much those must have cost?” He then lamented, “I never had a pair of Air Jordans. They were way too expensive.”

Oh, and then when he goes to church, we always put him in his bow-tie. Girls never look this cute.

Having a boy is awesome. It’s a lot like having a really great dog. Every member of our family, including our 5-year-old, has already learned to blame their farts on him. Poor thing. It’s totally legit though because this kid stinks! He’s going to grow up into a proud man. Seriously. Boys come with their own cloud of stench. His poops and his farts are rank. I almost can’t even claim the kid out of auromatic shame. Surely a mom such as I that smells only of roses and wisteria cannot have given birth to that. The other day, Max aimed to tell me that he’s already proud. When he farted in the tub, he kind of jumped from the surprise and then gave me the HUGEST smile you have ever seen.

The kid is always putting his hand down my shirt. I’d say he’s just like his dad (in fact I did) but his dad tells me that’s totally inappropriate and not funny.

The best part of having a boy: He loves loves loves his mama. He even dreams about me. Here’s the proof:

This should be turned into some cool English lesson. I am ABC1&@%# and that, my friends is an English Teacher who is censoring herself with all her favorite drinks.
I'm not sure if we are going to reach our reading goal this school year, but I might carve our some full reading days to help.
Every day in our ESL classes, we have a theme. Tomorrow our theme is truth and lies. I love this quote. It's so fun for me to find songs of the day and video clips for the day. It takes a little more time for me to work our skill practice around the theme, but I really think it makes it all more cohesive and engaging. Plus, it's fun for me when I get home and my 11 year old daughter asks me what the song of the day was. I can't remember the title tomorrow, but It's a country song about the truth by Jason Aldean. Pretty much my ESL kids will hate it. Pretty much they hate all my music.
Thank you to @alpineschools for this magnificent professional learning opportunity from the great @nancyfreysd
Spending the day getting ready for RISE testing tomorrow. These MODE posters have been on my to-do list for a month, so I am super happy to have the testing as a motivational catalyst.
I'm a few weeks behind in getting the Term 3 reading awards out, but I wasn't sure what to give out until I hit up the easter clearance aisle. 21 awards for $11.50. That's a teacher's love language. Yay!!! #term3reading #readingawards #middleschoolela #middleschoolreading #vhmsela #asdela #utahela
Loading Comments...
Comment
×
<span>%d</span> bloggers like this: