Yesterday I posted on Facebook about two subjects that are extremely annoying to me: breastfeeding in public and BYU. Ha ha. My Mormon friends who know how many babies are born to college students at BYU might find this ironic combination hysterical. I sure do. 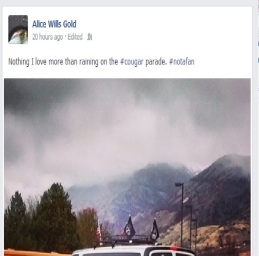 Now, as you all know from my last post, for some reason, I am extremely emotional this week.  My overabundance of emotion may explain the guilt I was feeling over these two totally random facebook posts. It wasn’t necessarily the posts that made me feel guilty but two of the responses I received.

One of my young friends was really hurt by my “throw a blanket over it” philosophy. It wasn’t the first and won’t be the last time I disagree with a nursing mom on the ease of covering up while breastfeeding, but the love I feel for this mom who will not back down about my “modesty and politeness-to-others over comfort of baby” stance had my heart bleeding. It just didn’t feel worth the argument to me anymore.

Also, a family member had posted a reply to the BYU post, but then deleted it. She had reprimanded me for not being kind (as I had posted something early about kindness being a large tenet of my faith.)  I responded with a comment that stated that I believed that saying I was not a fan of BYU wasn’t unkind…..but as I lay there last night, I was questioning my extreme dislike of BYU. Those of you who really know me, know how deep my hatred goes. Was it unkind? Was I unkind? Isn’t it really all those jerky BYU people that need to come down off their high horses? Doesn’t everyone know that?

I fell asleep with tears rolling down my cheeks and both of these interactions (among a few other things) weighing heavy on my heart. I was an emotional wreck last night and LG’s arm around me was the only thing that calmed me down until my sleeping meds. kicked in. As heavy as the subjects were nagging at my conscience, I am totally shocked I didn’t dream all night of a blue boob-out at the Wilkinson Center, a BYU football game with a stadium full of crying hungry babies covered by blankets, or perhaps Cosmo the Cougar stripping down to nothing to reveal his true identity as a woman with a latched on baby cat.

I then woke up first thing this morning to this video…

This video is so beautiful. The subject of not bullying is important to me. After 12 hours of guilt, yet still not wanting to change, I couldn’t help but feel like a bully with my overheated opinions on BYU and breastfeeding. I wondered if my intolerances (no matter how petty) had really caused someone pain.

This lecture by Dieter F. Uchtdorf continues to effect my life profoundly. It is probably very poignant to me because no matter how kind I profess to be, it exposes some of my biggest weaknesses. I pretty much fail at this 5 question test every time I take it.

O.k. maybe I get a 20% because I can honestly say I don’t really want to cause harm to anyone. Except for the guard on our favorite basketball team. He reminds me of some guys I know personally who are trash talking and arrogant typical hot-headed jerky Mormon basketball players. (The kind that act all nice and righteous in real life but let it all go to pot when on the court. – I admittedly have an open wound because of guys like this.) I totally told my husband on the way out of the game last night that even though he is on “our team” I would love to see him get what is coming to him. I am certain he would run off with his tail between his legs (kind of like he did last night) as his type are prone to do. Dang-it, I’m back to a 0%.

As I pondered further I realized that BYU and breastfeeding would be in the honest answers I would give to several of these 5 probing inquiries. I realized that both subjects are really just surface scapegoats for the bigger causes that are super important to me: being kind and cognizant of those around us.

And then I realized I was a hypocrite. How can I expect others (BYU grads and breast-feeders in-particular) to be kind, humble, and polite to those around them when I am not willing to budge and give them the same benefit-of-the-doubt that I belittle them for not having? 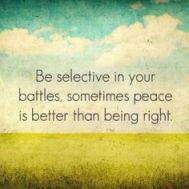 So, this post is a long way of saying I’ve had a change of heart.

I offer you my sincerest apologies for being awful and (albeit still with a great amount of hesitance) I promise to try and not just give you the benefit of the doubt but to sincerely LOVE you wherever you are on your journey – even when you are extremely arrogant and especially when you are bare-chested.

My school is having a Halloween Fest tonight, but I think I'm having a way better time at home. #miladog
Sarah nailed it. #molotovgirl #freeguy #freeguymovie #newhair
Fall Break Friday calls for self-care.
All students with braces are getting 5 5-star points when we get back to school. This made my day.
Thanks to @msphelpsismediocre for this share by @finnucinialfredo This is sooo true. ADHD is no joke. As a teacher, because I have ADHD, it helps me be able to understand and support my students so much better.
English Class Flashback to all the times I thought my English teachers were just being difficult jerks. It was OBVIOUS what "it" was referring to, wasn't it??
Loading Comments...
%d bloggers like this: