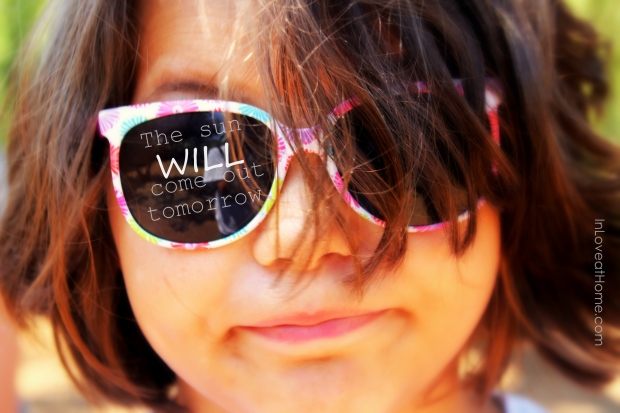 Hi guys. Please hear me out. It will just take a second. Do you see this cute girl up here? This is my daughter Bella. Do you see that sad look on her face? She doesn’t like to smile for pictures. Maybe you don’t like to smile for pictures either. Maybe right now you are feeling like you will never smile again.  Ever. There may be nothing to smile about as far back as you can remember. I have felt like that before. It’s a crappy way to feel. I want you to know that I don’t feel like that any more. In fact I smile almost all the time.  I want you to know that just because right now things suck, they don’t have to stay that way. I need you to know that.

But I do now. I have a lot to be happy about. I have Bella up there and I have three other kids who are awesome. I have a great husband. I am not even that fat any more. I ran 3 miles yesterday in 27 minutes. That’s pretty good for an old lady. I’m turning 40 next month and that is pretty cool. But guess what? I wouldn’t have any of that if I would have jumped off that cliff. I would have never figured out how to be happy if I gave up. I’m so glad I didn’t give up. I am so proud of myself. Only I can take the credit for choosing to stay alive. Nobody else did that for me. It was all me. There was a light inside of me that pushed against so much dark. Over the years that light has gotten brighter and brighter and the darkness is now the small part that tries to push against the light. I am proud to say that it doesn’t usually get very far any more. I have learned so much. I have grown so much. I have overcome so much. 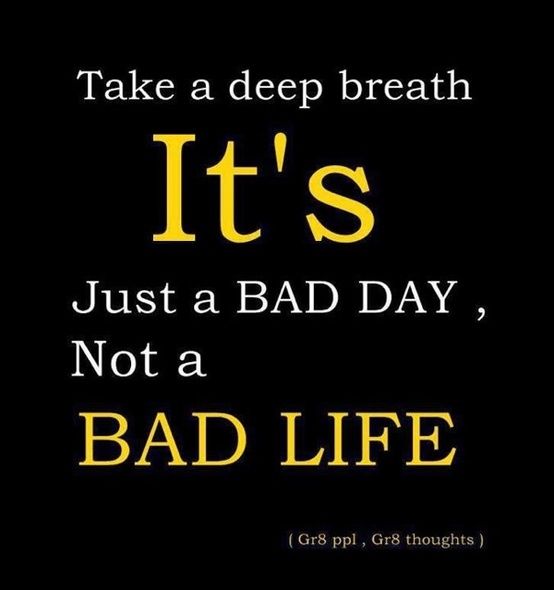 I know you might feel all alone. I know you think nobody cares. I am not here to tell you that you are wrong. Nobody wants to be told that they are wrong. I am here to tell you that you are right. You are right to feel the way that you feel. Feelings aren’t bad. You don’t need to be ashamed for your feelings. Feelings just are what they are. All of your feelings are important. They are important to me and they are probably important to other people, but more than anything, you need to let them be important to you.

Right now, you may, in fact, be all alone. There may be no one else out there who cares. Nobody may know that you are hiding away ready to harm yourself. They may know that you are hiding away, but they probably figure that whatever you are going through can be worked out later. They may not understand the depth of your hurt or worse they may understand how much you hurt but they aren’t doing anything to help. There may be so many things that they can be doing and they aren’t. I am one of these people. I am a stranger to you. I may have NOT smiled at you today when I had the chance. I may have been unkind.I may have been thoughtless and said something stupid. (Heck, this post may be one of those things.)  I hope I wasn’t, but what you are about to do could be all my fault. I don’t like sitting with that idea. That’s why I am writing this post just for you.

Now here is the part that you don’t want to hear. Sorry I am a mom. I have to throw one part in here. The most sad part about the way that you are feeling right now is not the fact that nobody else cares….the saddest part is that…..you don’t care. Somewhere in the last few minutes, hours, days, months, or years, you said….Forget it. I’m done. I’m not doing this anymore. I don’t care anymore. I quit. I’m not trying. It’s never going to get any better. I suck. I’m not worth it. I can’t fix me. I can’t be happy. I will never be happy.

Now steel yourself because I am going to tell you what you really don’t want to hear – you’re wrong. You’re not wrong in the way that you feel. You have every right to feel that way. You’re wrong that you believe that it can’t get better. I feel compelled to tell you today that it not only CAN get better it WILL get better if you just give it a chance. I know this because I have lived it. The only chance you need to give it is to live. That’s it. Keep living. I am begging of you. Please don’t think that killing yourself is the answer. It isn’t your best option. Yeah it’s an option and yeah it will make things go away right now, but what you can’t possibly understand right now is that you won’t just be killing all the darkness, you will also kill the light. Even if it’s just little right now and you don’t even believe that it is in there, you will never know if it could have grown. You will never get to see its beautiful potential living to its fullest on this earth.

Last week, my friend found her son hanging in the closet and the only difference between her and others is that she found her son a lot sooner. He was purple. He had not been breathing for five minutes, but his light was still on just a tad inside his heart. Yes, inside his heart! Where else would it be? It was at the very deepest part and the dark was about to take it over. Sometimes the light is hard to find when it gets so small. But her son’s light wasn’t leaving. It wanted to stay, even though her son didn’t want it to.

She and her husband were able to revive him and get him to the hospital and hours later with a respirator down his throat his eyes opened showing he had come back to life. Everyone rejoiced. (Oh, how I wish I could have had that ending with my loved one) The medical staff said that this kid was a miracle. He was only the second kid that they had brought back from death and the first without any significant brain damage.

My friend was so relieved at the outcome and is relieved that her son is now getting the help he needs to find happiness in his life. She was so glad she got to say sorry for the fight that they had minutes before he decided to end it. She is so happy that he won’t miss out on so many of the great things that lie in his future. Maybe he will climb Mt. Kilimanjaro. Maybe he will learn to surf.  Maybe he will find medication (like I did) that will make the dark go away. Maybe he will grow up to be a teacher and help other kids. Maybe he will just wake up tomorrow and really that is pretty amazing considering the alternative.

I know this may sound too dreary. It may be really hard for you to read. Why am I spreading this morbid message on the internet? I mean really, aren’t those scenarios only for THOSE families? The rest of us don’t need to hear about this stark reality. Only the crazies have to deal with their children taking their own lives. Well, I am here to tell you adults that you are wrong. We’re all at risk. This is a harsh truth.

Adults and kids are dying every day because they are taking their own lives. They aren’t crazy. Well, that is, they aren’t crazier than the rest of us. Aren’t we all a little crazy? The adults may be too afraid to deal with their mental illness because of all the sad stigmas in our society. (Adults, don’t be afraid.) The kids are discouraged and they lack reasoning skills. (Kids, it’s a proven fact that you don’t think rationally – you have limited vision into your future) That’s why I want to help you see that your future is pretty bright. The sun can come out tomorrow. You all see a way to escape unhappiness and are taking it.  It’s not just tragic when it happens, it’s tragic because we are not doing enough to stop it.  It’s tragic because when people rob themselves of the present darkness (which is undeniably relieving) they are also robbing themselves of the potential light (which is so bright they can’t even fathom it.)

Kids, please listen to me. I may not love you now, but I would if you gave me a chance to meet you. Stay alive. Keep fighting. Most of all keep caring about yourself because you are not worthless. You are not unloved. You are not stupid. O.k. you might be stupid, actually. You might even be fat, but you can change that. You can change anything that you decide to change. Your potential is only measured by you. Your light is the most beautiful thing in the whole world and it wants to live. It wants to chase out the dark. Just let it. It may need some time. Don’t rob it of its chance.

If this post hasn’t been enough to convince you, please call me and give me a chance to tell you to your face. (Don’t tell me that I don’t care as I am about to put my personal cell phone number on the internet and we all know how stupid that is) My number is 801   then 3 then 5 then 8 and at the end is 666 (my husband apparently thinks I am evil – he’s funny like that) and 2. Call me now. You have the choice to change the stupid part right now. Kill yourself – stupid. Call me – smart. See how that works? 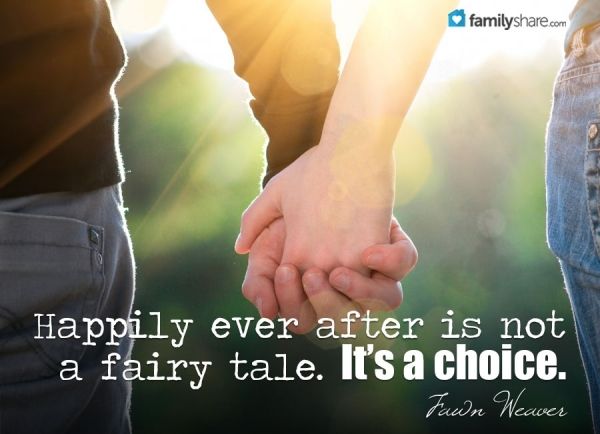 Suicide is the 10th leading cause of death. Let’s change that.

The United State is the 33rd highest suicide nation. The whole world is hurting people. See, you aren’t alone in misery.

Suicide is growing. We can stop it.

If you don’t want to call me, call the hotline found here.

While LG takes a Honey Bucket break at the great Salt Flats, I interrupt this 2-day 25-year anniversary trip to show you the best diy life-hack of all time.
Can I get an Amen?!
I just read this post and chuckled, and it immediately made me miss this book that I payed full price for last year and never got back from the first student who checked it out. Wah!!!
Can someone more NBA verses than me please explain what the official @utahjazz colors are and why they change all the time?!? It's such a confusing franchise to cheer on.
This is my future retirement plan. @chickspiritlady
I found my new favorite store.
Loading Comments...
%d bloggers like this: